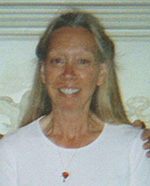 A lifelong resident of the Champlain Valley in New York, Jean Breed worked in Vermont for thirty years. During those three decades, she drove over the Lake Champlain Bridge (Crown Point, New York) more than fourteen thousand times!

New York Congresswoman Teresa Sayward and Vermont Representative Diane Lanpher told Jean that her poems and Letters to the Editor were part of the history of the valley from the time they lost their bridge and they should be saved for posterity. This is part of the reason Jean wrote her first book, The Loss of the Lake Champlain Bridge: A Traveler's Story (2011).

Lake Champlain Bridge Coalition Co-Chair Lorraine Franklin asked Jean to write a special poem to be read at the dedication of the new bridge. Jean read "The Journey"—the last poem in her first book—at the opening ceremony for the new bridge.