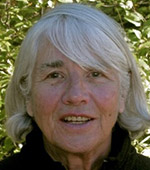 Spanning a period of 35 years, Ms. Duvall earned a Bachelor's degree in Mathematics, a Master's degree in Operations Research, and a Ph.D. in Information Studies. Fresh out of college in 1960, she began her career in the computer software field as a programmer, expanding her responsibilities for the next 40 years as a systems analyst, manager, and researcher.

Ms. Duvall retired to a place she loves—the Adirondack Mountains of New York State. She initially became drawn to the Adirondacks many years ago on a Girl Scout canoe trip on Upper Saranac Lake. After living in Manhattan and a Chicago suburb, she moved back to the central New York area, day-tripping and vacationing in the South Central Adirondacks. She spent many a weekend at Great Camp Sagamore. Her long-time dream of living in the Adirondacks was realized after she purchased land in the High Peaks region in 1995, built a house, and moved to the Keene Valley in 1999.

Ms. Duvall released her first book, And I Know Too Much To Pretend, in 2014, and is a contributor to Adirondack Almanack.