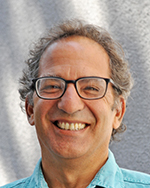 Matt Witten is a TV writer, novelist, playwright, and screenwriter who has written for many TV shows including House, Pretty Little Liars, Law & Order, CSI: Miami, Medium, JAG, The Glades, Homicide, Judging Amy, and Women's Murder Club. His latest thriller, The Necklace, set in Lake Luzerne, will come out from Oceanview Publishing in September 2021. It has been optioned for film by Leonardo DiCaprio. Matt has also written four mystery novels set in upstate New York, that were published by Signet: Breakfast at Madeline's, Grand Delusion, Strange Bedfellows, and The Killing Bee. He wrote the movie Drones. He has been nominated for two Edgars and an Emmy, and his debut novel won the Malice Domestic Award. Matt used to live in Saratoga and spends his summers in Lake Luzerne, New York.