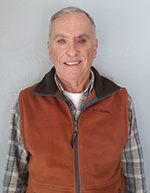 Dr. Robert E. Williams retired in 1995 from the New York State Education Department's Office of Higher Education after twenty-nine years of administrative service to the people of New York State. He also taught high school social studies for two years at the beginning of his career, lectured on college campuses, and did consulting work for the New York State Conservation Department and the New York State Health Department. He is an experienced and degreed social and behavioral scientist and has many, many observations to share about the people, mores, folkways, history, and politics of the Adirondacks. Bob holds a BA in social studies (social sciences and history), an MA in political science (specialization in comparative government), and an EdD in educational administration, with specialization in higher education management and policy studies. All three degrees were earned at the University of Albany, State University of New York.

Bob's love of the Adirondacks began as a young boy when his father, Guy E. Williams, introduced him to woodcraft and camping. His first real wilderness experience was camping in a lean-to with his father and brother on Cold River, north of Long Lake, in the late 1940s. From that time on, he had a never-ending love of the outdoors. He went on to become a Boy Scout, an Explorer Scout, a Junior Assistant Scoutmaster, and a member of the Order of the Arrow.

After his long career in education, Bob moved back to the Adirondack Mountains in 2002 and resides in Schroon Lake with his wife, Shelley Dixon-Williams.